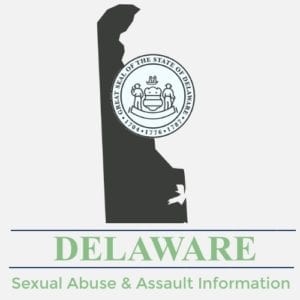 Delaware is noted for being one of, if not the most, victim friendly state in the country with regards to sexual abuse and assault laws. Its efforts to change legislation has helped survivors of sexual abuse get justice against their abusers in the courts, and also allows for compensation. These laws enable lawyers handling sexual abuse claims in Delaware to file cases against sexual predators, including clergy members, and the Catholic church.

Below you will find Delaware lawsuits news & updates, as well as additional information on Delaware’s statute of limitations laws. These laws are important because they dictate how long a lawyer handling a Delaware sexual assault cases has to file a claim on behalf of a survivor. In addition, we have compiled a list of Delaware’s settlements and jury awards received by sexual abuse and assault survivors and a list of Delaware’s ‘credibly’ accused priests released by the dioceses.

With efforts starting as early as 2002, Delaware is one of the most advanced states in the country, eliminating the statute of limitations (SOLs) for child sexual abuse for both criminal and civil claims. In fact, a window was put in place from 2007-2009 which revived old sexual abuse claims that were previously barred due to expired SOLs. However, that window has now closed, and those who did not bring a claim during that window may be barred from doing so due to the statute of limitations laws.

In 2003 Delaware completely eliminated the SOL for all felony and misdemeanor child sexual abuse offenses, and in 2014, added felony sex trafficking to the crimes for which there is no SOL. Child USA, who has evaluated every state based on their criminal statute of limitation laws, gave Delaware a Criminal SOL score of 5, on a 1-5 scale, where 5 is the highest. A score of 5 is defined as a criminal SOL eliminated for all felonies and misdemeanors. Delaware is one of only 7 states to be given a perfect Criminal SOL score.

In 2006, recognizing that victims of childhood sexual abuse could have repressed memories, the courts confirmed that these claims would fall under the state’s “discovery rule”; meaning the statute of limitations on civil claims would not begin to run until the victim actually remembered the abuse. Then in 2007 it enacted the ‘Child Victim’s Act’ which eliminated the civil SOL completely going forward. In addition, it opened a window from July 2007 to July 2009, allowing victims with previously expired SOLs to file claims against their abusers. In 2010 it further expanded the SOL to allow those children abused by a healthcare provider to also file civil claims, since the window did not originally allow them to do so. Child USA, who has also evaluated every state based on their civil statute of limitation laws, gave Delaware a Civil SOL Age Cap score of 5, on a 1-5 scale, where 5 is the highest. A score of 5 is defined as an eliminated SOL age cap for survivors. Additionally, Child USA gave Delaware a related SOL Revival Law score of 4 on the same 1-5 scale. A score of 4 is defined as a revival window for 2 or more years or revival up to age 55, for claims against perpetrators, individuals, private organizations, and government.

If you or someone you love was sexually abused or assaulted in Delaware, contact us now. Due to Delaware’s elimination of civil statute dates for childhood sexual abuse, those sexually abused as a minor likely still have a claim against their abuser, no matter how long ago the abuse occurred. Even if the abuser is deceased, you may still have a claim against the organization responsible.

The Roman Catholic Diocese of Wilmington in Delaware has agreed to pay out nearly $80 million to victims of child sex abuse. This is one of the largest totals paid by any one state’s Dioceses in the United States.

January 2008 – The Diocese of Wilmington settled a lawsuit for $450,000 filed by a Navy Doctor who’s claims stated that he was repeatedly molested by Rev. Edward J. Smith while attending Archmere Academy in Wilmington.

April 2009 – The Catholic Diocese of Wilmington settled a single sexual abuse lawsuit for $1,500,000. The accused, Rev. Edward B. Carley, is said to have abused a number of children, gaining access by flashing large amounts of money, giving them gifts and allowing them to drive his car while assigned to St. Ann’s Catholic Church in Wilmington.

February 2011 – The Roman Catholic Diocese of Wilmington agreed to pay $77,400,000 to settle approximately 150 claims of sexual abuse. Providing each survivor an average payment of about $530,000. The deal also set out procedures for how future claims should be handled and allows for the release of files of abusive priests. The agreement was part of a Chapter 11 bankruptcy mediation.

*The settlements listed above are offered for educational purposes only and do not guarantee any future outcome or settlement. Each legal situation is different, and past performance does not guarantee future results. We do not maintain that is a full list of all settlements in the state of Delaware but merely a grouping of those we choose to share on our website. Please contact us if you would like additional settlements included or if you notice any inaccuracies on our site. We strive to provide our viewers the most up to date and accurate information as possible.

In November of 2006, the Diocese of Wilmington released the names of priests and clergy members who they deemed to be ‘credibly accused’ of sexual abuse of a child.

The list below will be updated as litigation or investigations are concluded so that new names of credibly accused priests in Delaware can be added.

Check back for recent news related to Delaware’s sexual abuse and assault laws.