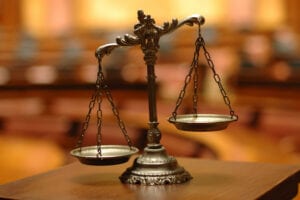 Maine’s Supreme Judicial Court upheld 10 of the 11 convictions against defrocked priest Ronald Paquin, who is currently serving out a 16-year sentence in Maine. Ronald Paquin was charged with abusing two boys during trips to Maine in the 1980s.

Ronald Paquin was a key figure in the 2002 Spotlight expose about clergy sexual abuse in the Archdiocese of Boston. He started serving the Catholic Church in 1973 at St. Monica’s in Methuen, MA. Then from 1981 to 1990, he served at St. John the Baptist church in Haverhill, MA. In 2004, he started serving a more than decade-long prison sentence in Massachusetts after pleading guilty to raping an altar boy over several years starting in 1989. He was released in 2015.

In November 2018, Paquin was back in court facing new charges for the alleged rape of two additional boys between 1985 and 1988 in Kennebunkport, Maine. The jury heard the testimony of the two victims, who were befriended by Paquin at the Haverhill church, describe the events of those Maine trips. Both victims stated they were repeatedly sexually abused. The jury found Paquin guilty of sexual misconduct against one of the boys and was convicted on 11 of the 24 counts against him. He was sentenced to 20 years in prison with all but 16 years suspended by York County Superior Court Justice Wayne Douglas.

After the conviction, Paquin’s attorneys sought an appeal on multiple issues. The justices hearing the case chose to focus on two appeal items specifically involving defense’s motion that Paquin’s victim’s criminal record should have been allowed to be presented to the court. In addition, they also argued that questions about expert testimony regarding victims of sexual crimes should have been heard.

In about two months’ time, the justices came to a verdict. They upheld 10 of the 11 convictions regarding Paquin. One count was dropped since it was found to have violated Paquin’s constitutional double jeopardy protection. The other arguments, including the victim’s criminal record and expert testimony, were dismissed. Ronald Paquin will have to continue serving his prison sentence in Maine.

If you or a loved one were a victim of clergy sexual abuse, contact our firm today or learn more by visiting our clergy sexual abuse attorney page. Our firm reviews Catholic Church cases of sexual abuse nationwide and can help you understand your legal options. Your time to file a sexual abuse and assault claim is limited. Call us today at 1-800-941-7209 for a FREE and PRIVATE consultation.