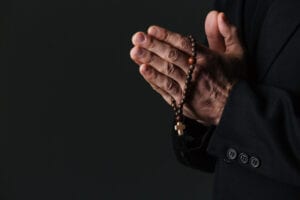 A British Columbia Supreme Court judge awarded clergy abuse survivor Rosemary Anderson $844,140 on August 25th, 2020 at the conclusion of her case. After the passing of her father in 1976, Rosemary Anderson sought out the Roman Catholic church for comfort. She was only 26. It was during that time she was sexually assaulted by priest Erlindo “Lindo” Molon. In her lawsuit against the Kamloops Roman Catholic Diocese, she claimed Erlindo Molon raped her 75 -100 times over many months.

In 1977, Anderson sought the help of the Archbishop Adam Exner who told her at the time she was not the only one. In testimony provided by Exner at her trial, he stated ‘He [Molon] was, misbehaving. He was a playboy. . . He’s promiscuous.’

While Exner had previously heard rumors regarding Molon, this was the first real accusation he had received. With this information he confronted Molon (again). During his testimony Exner explained, “I got the same answer he always gave, ‘I’m human.’ That was the answer he always gave when confronted with rumors.” He encouraged Molon to go to a treatment center; one that specifically helps clergy with alcohol or sex issues, but Molon refused. Later in 1977 Exner relieved Molon from his duties with the Kamloops Diocese.

The problem is that while Molon was suspended in Kamloops Diocese, he was free to continue his duties as a priest in any other diocese, both inside and outside of Canada. Exner did nothing to warn other dioceses of Molon’s previous behavior, claiming he did not really understand Canon law, or have access to any Canon attorney who might be able to help him. Six months after suspending Molon in Kamloops, Exner received a letter from the Archbishop of Vancouver asking about Molon, who had resumed duties at St. Joseph’s in Vancouver. Then in 1981, he received a similar letter from the diocese in Rockville Centre, New York, again inquiring about Molon. He replied to New York saying that he was suspended for “totally unacceptable” activities, but asked the diocese to keep the situation confidential, according to Exner during his testimony, “to avoid a scandal”. He received a third letter from a Pastor in East Rockaway, New York, informing him that Molon had also been suspended there.

Exner’s own testimony proved that Molon was allowed to continue his duties, even after the church knew of his behavior, because there was a shortage of priests at the time. He also conceded during the trial that he could have done more to help Anderson. “I should have offered her help,” he said. “I agree that I failed there.” When Archbishop Exner was asked by Andersons’s lawyers if he warned other churches, Archbishop Exner responded, “What am I supposed to do? Warn every church in Canada and beyond?”

If you or a loved one were a victim of sexual abuse within the Diocese of Kamloops or any other Canadian dioceses, contact our firm today. Our law firm handles Canadian sexual abuse lawsuits and can help you understand how long you have to file a clergy abuse claim in the providence of British Columbia. Call us now at 1-800-941-7209 for a FREE and PRIVATE consultation.