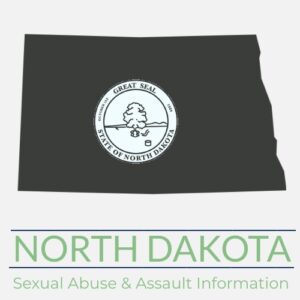 North Dakota’s civil statute of limitations (SOL) laws are less victim friendly in providing survivors of childhood sexual abuse an avenue to justice than many other states around the country. The state also appears to be heading in the wrong direction as a bill to open a revival window for expired claims, as well as extend the civil SOL, failed in the House Judiciary Committee. Civil SOL laws enable lawyers handling sexual abuse claims in North Dakota to file cases against sexual predators, including clergy members, and the Catholic Church.

Below you will find information on North Dakota’s statute of limitations laws. These laws are important because they dictate how long a lawyer handling North Dakota sexual assault cases has to file a claim on behalf of a survivor. In addition, we’ve provided a list of North Dakota’s ‘credibly’ accused priests released by North Dakota’s Dioceses.

North Dakota has made little to no progress in the past decade towards helping survivors of sexual abuse get civil justice. The state’s civil age cap is on the lower end of the spectrum when compared to many other states, which means it could be doing much more to help survivors. There also doesn’t appear to be any plans in the near future to open any sort of revival window for time-barred claims as a bill to do just that failed in the House Judiciary.

In North Dakota, the criminal SOL for child sex abuse where the victim is under 15 years of age is capped at age 36, or 3 years after the offense is reported to law enforcement. For human trafficking, the criminal SOL is age 22 when the victim is under age 15 at the time of abuse. The criminal SOL for other felonies is 3 years from offense and 2 years from offense for misdemeanors. Child USA, who has evaluated every state based on its criminal statute of limitations laws, gave North Dakota a Criminal SOL score of 1, on a 1-5 scale, where 5 is the highest. A score of 1 is defined as a criminal SOL that expires before age 40.

In North Dakota, the civil SOL for child sex abuse claims is age 19 with a 10-year discovery rule. The discovery rule runs from the date the victim “knew or reasonably should have known that a potential claim exists.” Child USA, who has also evaluated every state based on its civil statute of limitations laws, gave North Dakota a Civil SOL Age Cap score of 1, on a 1-5 scale, where 5 is the highest. A score of 1 is defined as a civil SOL age cap age 25 or younger.

If you or someone you love was sexually abused or assaulted in North Dakota, contact us now. Even with North Dakota’s current SOL laws, those sexually abused as a minor may still have a claim against their abuser, depending on how long ago the abuse occurred. Even if the abuser is deceased, you may still have a claim against the organization responsible.

Catholic Dioceses in North Dakota have released the names of priests and clergy members who they deemed to be ‘credibly accused’ of sexual abuse of a child.

The lists below will be updated as litigation or investigations are concluded so that new names of credibly accused priests in North Dakota can be added.