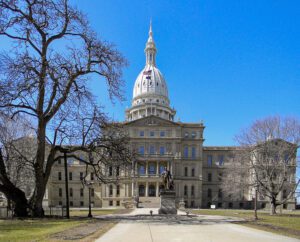 The Michigan Legislature is considering bipartisan bills which, if passed, would give survivors of sexual abuse more time to bring their claims forward and file lawsuits against their abusers in the state of Michigan. The current law caps the civil statute of limitations for child sex abuse at age 28, which is on the lower end of the spectrum when compared to other states around the country.

Under the bills, government entities would no longer be able to use the immunity defense if it knew, or should have known, of an accused’s prior sexual misconduct and did not intervene. Similar legislation was introduced three years ago but stalled due to push-back from universities, schools, municipalities, businesses and the Catholic Church, who were concerned about the potential financial ramifications of facing an unknown number of lawsuits concerning older sex abuse allegations. These same institutions could oppose the new bills again.

Another bill would open a 1-year revival window for sexual abuse claims regardless of how old the claim is. Revival windows can be extremely helpful for child sex abuse survivors as it can take decades before they are ready to come forward and share their abuse with others. A revival window gives a victim, whose time to file a lawsuit has run out, a second chance to hold those responsible for their abuse accountable.

Rep. Karen Whitsett, a sponsor of one of the bills, says lawmakers need to give child sex abuse survivors the help they need to come forward. “They get to tell their stories. I think they’re so brave for doing that,” she said. “We need to empower survivors. They need to have a platform to be heard on. They need the tools to be able to do that.”

Attorneys in the state say the statute of limitations can be paused if the entity fraudulently concealed the abuse, but the new laws would provide more clarity in the law and give victims more leverage in seeking a resolution.

In addition to a push from Michigan legislators, the Attorney General’s office previously seized items from the Saginaw Diocese and began an investigation into all seven of Michigan’s Catholic Dioceses.