Lawsuit Filed by Six Women Against the Diocese of Austin Texas 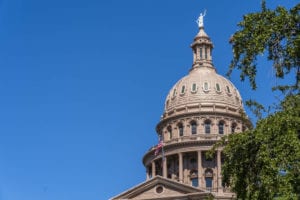 Father Isidore Ndagizimana, better known as Father Izzy, of St. Thomas More Catholic Church in Austin, Texas, has been accused of sexually abusing 6 female parishioners. The six women, whose names have been left anonymous, claim Father Ndagizimana would touch them inappropriately in the confessional box at church and tried kissing them. Also, while their husbands were away he would often show up at their homes uninvited.

According to the lawsuit, the Austin Diocese, under the leadership of Bishop Vasquez and Cardinal DiNardo, allegedly knew about Father Ndagizimana’s behavior. Rather than investigating or reporting the allegations, they chose to transfer him from parish to parish; giving the new parish no context surrounding the actual reason for the transfer or his history. When the woman reported this to their church leaders, they were told not to say anything about the abuse and that the father would go to counseling and be healed.

Sean Breen, the attorney representing the woman, stated there is a loophole in the system which allows the Diocese of Austin to only address claims of abuse from children, the elderly and other vulnerable disabled adults; leaving these women without recourse. In addition, the members of the committee that oversees the allegations brought forward are either volunteers or employees of the church.

According to Breen, “Part of the purpose and hope of the lawsuit is that gap currently in the policy, this notion that if you’re a woman, you’re not a priority.” Additionally he stated “The system has been hijacked by a clerical bureaucracy that is allowing victims to be injured and re-injured by Church inaction. That system needs to change.”

You can read the full article here.

Looking for a Sexual Abuse Lawyer for a Claim Against the Diocese of Austin?

If you or a loved one were a victim of sexual abuse within the Diocese of Austin or any other Texas diocese, contact our firm today. Our firm handles Texas sexual abuse lawsuits and can help you understand how long you have to file a clergy abuse claim in the state of Texas. Call us now at 1-800-941-7209 for a FREE and PRIVATE consultation. Don’t wait; your time to file a claim may be limited.